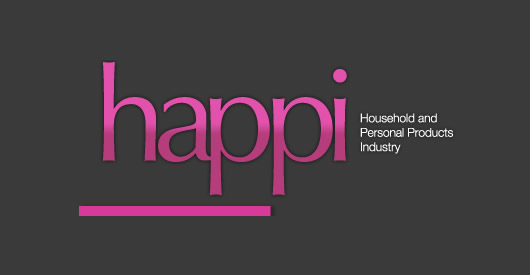 For many years, humans have been conscious of body odor. The age-old problem of sweat and smell is a troublesome issue for some people, especially those individuals who suffer with hyper- hidrosis (excessive sweating). Anthropologist Louis Leakey suspected the original function of body odor was to make humans repellent to animals who sought to eat us.

For years now, personal care manufacturers have been redevelop- ing their products on a mass scale, trying to out-do competitors to find that one product that is more efficacious than the competitor com- pany, and thus take or keep, the market lead. This is business worth hundreds of millions of dollars for some companies every year.

A constant issue for some consumers who suffer from excessive sweating problems is sensitivity. In a Princeton Consumer Research (PCR) survey of 400 people identifying as suffering with hyperhidrosis, 87% of participants complained that the more efficacious products, mostly prescription, had caused some form of irritation. For the milder formulations that required several applications over the day this irrita- tion caused consumers to stop using the product.2

There are many protocols that have been developed over the years that fluctuate in their dynamics, from numbers of study participants and activities during the warm up procedure and sweat collection, but the parameters are all standard in terms of the 40 minute warm-up session and disposable pads, to the two sets of 20 minute sweat collec- tion which is measured and then forms part of the study data.

During the past 10 years different methods of perspiration con- trol have emerged. For example, Botox has been considered as the way forward for those people who have been suffering beyond the realms of help from over the counter products and regular prescrip- tion medications on offer such as anhydrous aluminum chloride (AICI). Botox is injected into the skin to treat the symptoms of severe underarm sweating (severe primary axillary hyperhidrosis) when medicines used on the skin (topical) do not work well enough in people 18 years and older. It is known that Botox may cause serious side effects that can be life threatening. While this disclaimer may be off-putting to some sufferers, others have reached the point where they are very distressed by their condition, and are eager to try any- thing to get dry, odor-free underarms.

During the procedure at the doctor’s office, a small amount of Botox is injected into the affected underarm area through a very fine needle. About 15 injections are made to the underarm area. The ac- tual procedure takes about 10 to 15 minutes and is said to last up to 201 days or 6.7 months.3 Consumers are told they should notice a significant reduction in underarm sweating within four weeks of their first treatment.

From the 400 subjects we surveyed, 11 of them had this treat- ment. All reported significant reductions in underarm sweating. Six of the subjects said they still had sweating issues, but not to the ex- tent that they had prior to treatment.

When used correctly, antiperspirants are the product of choice by most people and are an effective way to keep sweating under control. Antiperspirants deliver partially neutralized salts of aluminum and zirconium to the opening of the eccrine sweat glands. The eccrine glands are sweat glands that are not connected to hair follicles. They function throughout life by responding to elevated body temperature due to environmental heat or physical exercise.

Once the product is applied to the underarm, the sweat hits the salt, which dissolves and diffuses into the ducts. As the salt is diffus- ing, the salt reacts with proteins, lactic acid salts and hydroxide ions that are produced by the glands and stops the sweat from getting to

the surface of the skin. For some consumers, excessive use of some products, especially those containing no or little neutralization, cause significant amounts of hydrochloric acid to be produced, which re- sult in complaints of severe irritation in the axillae, with complaints of itching, burning and severe redness. Most products sold at retail, tend not to be so harsh because of the amount of neutralizing they do and do not cause so much irritation. This means consumers can use them on a regular basis throughout the day without any irritation worries.

Antiperspirant delivery has changed on a global scale over the past 10 years. It is interesting to note that in the US, shelf space is dominated by stick and roll on products with a few spray cans on the very lower/bottom shelves. In Europe, however, the dominant prod- uct is still the aerosol, which takes up 90% of all AP/deo shelf space. Of the 400 recently surveyed participants, 200 were based in the US and 200 in the UK.

This is likely to change significantly during the next 12 months following Unilever’s announcement that it will launch a new Dry Spray AP product in the US. Unilever says it is out to revolutionize the US AP/deodorant market with the launch of its new range, which is rolling out across the company’s leading brands including Dove, Axe and Degree.

Featuring a new formula with no water or alcohol, and a preci- sion-designed actuator that produces a unique soft spray, the new Dry Spray goes on instantly dry without the sticky or wet sensation often associated with other antiperspirants, but only time will tell if consumers in the US are ready to give up their sticks and roll-ons. Among the 200 participants surveyed in the UK, 187 used sprays rather that roll-on or sticks. In the US, 43 used sprays, 11 used Botox and the remaining 146 used stick/roll-on products—a huge differ- ence in buying habits.

All participants who applied daily AP products claimed to use their products first thing in the morning as part of their initial morn- ing grooming process. And 62% said they reapply during the day at some point at least once. In terms of sales this should be good news for personal care companies that manufacture this type of product, but 87% of all participants claimed they would rather pay more for a product that actually lasted all day without the need to reapply, than a cheaper product that they had to use several times a day.

Interestingly, in the UK, 65% of participants did not understand the difference between an AP and a deodorant. Most thought both did the same thing, controlling sweat production and eliminating odor. On initial communication with these subjects, they were asked which products they use now and what products they had used in the past.

Many consumers complained that they had switched many times from product to product, in the hope of finding one that actually did stop them from having wet underarms. On closer inspection of the data, which named the products responsible for not stopping the sub- jects from sweating, the subjects had clearly named products that are known to be deodorant with no antiperspirant properties whatsoever.

In the US, a nation that has been more educated on the differ- ences through TV and magazine press, only 7% of participants did not know the difference.

Of course we know that deodorants don’t have any reinforcements to keep you from sweat- ing—once you apply deodorant to your ax- illa and go for your daily gym session, you’re go-ing to perspire. But deodorant does work to counteract the smell that’s produced after the fats and proteins emitted from cells migrate to the surface of the skin. Deodorant targets the bacteria that hang around armpits.

Ingredients like triclosan in deodorants make the skin in your un- derarm too salty or acidic to support the indigenous bacteria that are meant to thrive there.4 Without any bacteria to feast on, the proteins and fats delivered through sweat are scentless.

Antiperspirants reduce body odor using the exact opposite prin- ciple: They actually keep you from sweating. Without any sweat, the bacteria found in abundance in your underarms don’t have anything to eat. Most antiperspirants have some of the same ingredients found indeodorantsthatkillbacteriaasafailsafe.Theirmainfunction,how- ever, is to keep you from perspiring.

Whether antiperspirant or deodorant, there is a huge market for these products in Western Europe and the US. Deodorant sales in Europe totaled 1.8 billion units worth $6.7 billion in 2012. The largest market was Germany, valued at nearly $1.1 billion and growing 2% a year. France and the UK have similar markets at $968.2 million and $949.3 million, respectively, each growing in excess of 3% a year. Italy and Spain are the smallest of the Big 5, weighing in at $598.3 million and $518.7 million apiece.5 In comparison, US sales of AP products have reached $4.5 billion.

Article in Happi Magazine About Our US Expansion

Beauty Blogger Visits PCR To See How Deodorant Is Tested

Press Release About Our Expansion From Happi.com

Article By CNN About NuGene Working With Us
Scroll to top

Because these cookies are strictly necessary to deliver the website, you cannot refuse them without impacting how our site functions. You can block or delete them by changing your browser settings and force blocking all cookies on this website.

If you do not want that we track your visist to our site you can disable tracking in your browser here:

We also use different external services like Google Webfonts, Google Maps and external Video providers. Since these providers may collect personal data like your IP address we allow you to block them here. Please be aware that this might heavily reduce the functionality and appearance of our site. Changes will take effect once you reload the page.