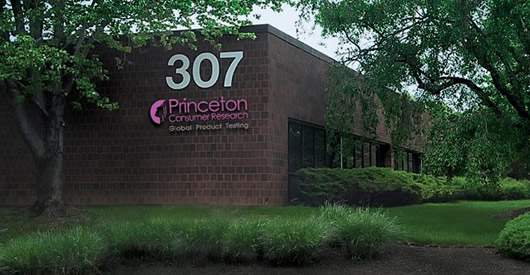 Princeton Consumer Research Corp is moving into the East Coast after seeing an increase in opportunities based on cosmetics sales in that region, last year.

The company plans to open the 7500sf Princeton Consumer Research Centre in New Jersey which is set to feature what the brand describes as one of biggest state-of-the-art ‘hot room’ facilities on the globe.

The centre is the second US unit operated by Princeton, the first being on the West Coast in Santa Monica, which will close around October time so that US operations will all be based in Princeton.

Princeton Consumer is moving location as it reports the market in the East Coast to have seen an enormous increase in sales over the past 12 months, from companies based predominantly there.

The facility will primarily test antiperspirants and deodrants, along with a full service hair salon, bio-instrumentation room and dedicated clinical rooms that can switch between 30 subject patch tests, to 250 subject trials.

According to Kerry Gibbs, director of global business development: “We are thrilled with the new site, we will be one of the largest independently owned research facilities on the East Coast and we look forward to welcoming clients old and new to tour the facility once it’s fully open.”

US cosmetics sales on the rise

According to figures from market researcher Kline, total US cosmetics sales exceeded $41 billion at the manufacturers’ level in 2013 up 2.4% from the previous year.

Hair care and oral care are still contributing to overall market growth, but the analyst suggests that it is make-up that is producing one of the strongest performances, although there are still difficulties.
The market researcher also predicts that due to the continued growth in critical markets and product classes, the cosmetics market will see renewed growth long into the future, as brands adapt to the ever-changing needs of the consumer.

“Although economic instability has inhibited the industry in recent years, the improving global economy will ameliorate the faults of years past,” says an analyst blog.

“Alongside such renewed economic confidence, the innovations to products and growing multi-purpose functionality will only be beneficial to the industry for the foreseeable future.”

News Of Our Expansion on Happi.com
Scroll to top

Because these cookies are strictly necessary to deliver the website, refuseing them will have impact how our site functions. You always can block or delete cookies by changing your browser settings and force blocking all cookies on this website. But this will always prompt you to accept/refuse cookies when revisiting our site.

We fully respect if you want to refuse cookies but to avoid asking you again and again kindly allow us to store a cookie for that. You are free to opt out any time or opt in for other cookies to get a better experience. If you refuse cookies we will remove all set cookies in our domain.

We provide you with a list of stored cookies on your computer in our domain so you can check what we stored. Due to security reasons we are not able to show or modify cookies from other domains. You can check these in your browser security settings.

If you do not want that we track your visit to our site you can disable tracking in your browser here:

We also use different external services like Google Webfonts, Google Maps, and external Video providers. Since these providers may collect personal data like your IP address we allow you to block them here. Please be aware that this might heavily reduce the functionality and appearance of our site. Changes will take effect once you reload the page.

The following cookies are also needed - You can choose if you want to allow them: